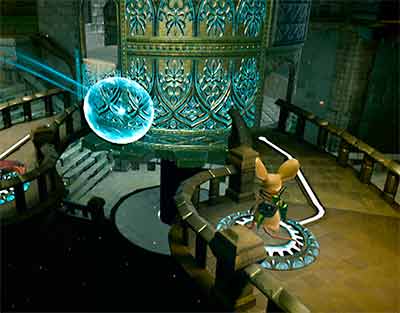 According to the Play Station website: Moss is a single-player action-adventure puzzle game tailor-made for virtual reality. It takes the classic components of a great game - such as compelling characters, gripping combat, and captivating world exploration - and combines them with the exciting opportunities of VR. The result is a fully interactive and immersive player experience set in an engaging fantasy.

Creating an open source 3d / cinematic environment for storytelling is no small feat.

Making it freely available for anyone to add to, share and distribute at this moment, in my mind looks like one big headache.

From a business standpoint, the technology is new and yes, the content can be exciting.... but money is to be made with using this content on the gaming platform.

I say this because I see my own children, members of the future community, bright little ones, spending ALL their free time on their gaming console, community games online such as Roblox and of course, YouTube.

Therefore, creating content should have this audience in mind.

Take Sony's Play Station Online platform for example. Here gamers can discuss games as they play against each other. So now, we have a three-way type of communication: Gamers playing against each other; Discussing the game as they play; Social media interaction. In my opinion, this is a major part of the content of the future. Once consumers get a taste of this type of engagement, they don't necessarily want to just watch a television show for entertainment.

Virtual Reality Beyond Gaming: Immersive Technologies in the Industry from Chariot Solutions on Vimeo.

The gaming platform allows users to interact and engage on many levels. Audiences are expecting more and more engagement on this level.

But it is not only gaming that audiences seem to be engaged with. Original content from companies like Netflix are are also in demand by consumers. I think that we got so tired of watching the same type of sitcoms, reality TV shows and made-for-television content, that Netflix and YouTube originals are more diverse.

According to this article in the Atlantic, Americans are consuming more video content than ever, with the advent original content of online and other platforms. "But investors and young people agree: The future of entertainment will be streamed. And that means Netflix, with its nearly 120 million global video subscribers, has an early lead in the race to become the next generation’s showbiz colossus."

Disneyflix Is Coming. And Netflix Should Be Scared.

Original content is everywhere. Anyone can make a long or short video and publish it. if it has trendy topics, it ranks higher in search. But search itself, search engine optimization (SEO) is being manipulated by smart content makers and marketers; to push their works higher in search. Meaning, if one searches for content, some videos will rank higher than others simply because this content has been coded / marked up in a way that pushes it up on search queries by a viewer.

Ultimately, users want to be engaged with a story. Regardless of its platform, it has to be interesting.

A good story line may get lot if it is not also published on YouTube, Vimeo and if a n author is lucky, Netflix. 3D content really thrives on the gaming network.

I think we are at the frontier of creating such content. Much thought has to be put into the different levels of interaction that you may want your audience to engage with your story. Today and I assume tomorrow's audience wants to be involved, physically or mentally (VR, AR, etc) and interact with each story's plot.