While discussing current events with a friend, I discovered that falcons are being used for pigeon control in New York City. So much so that they are on the payroll of the city of New York! I had to investigate.

""We generally consider New York City to be one of the highest concentrations of nesting peregrine falcons anywhere," Chris Nadareski, a wildlife biologist with NYC's Department of Environmental Protection, told WNYC in an interview. "The varied topography of bridges, buildings and towers, with a lot of available food, like pigeons and blue jays, really has helped them survive and concentrate their breeding activity throughout the five boroughs of New York City."

Another interesting fact I discovered is that the Peregrine Falcon is the fastest animal in the world.

I wanted to tell the story of the relationship between these two birds. I wanted to know:

In addition, I wanted to create a world where based on the data, we can see a graphical representation of this relationship.

The data was not so clear cut and easy to acquire. I asked NYC's Department of Environmental Protection for peregrine falcon population data, but was informed that that data is not available to the public, because this bird is an endangered species.

I ended up finding this data from EBird, whom according to their Website, is a global community of tens of thousands of birders who submit bird observations, track their personal records, and use eBird’s tools to better understand the occurrence of birds close to home and around the world.

Their tools are great! From here I was able to get data from bird watchers who reported peregrine falcon sightings in New York state. I made a JSON file here:

This is data of the bird's sightings in New York State from 2016 to present.

Now I needed pigeon data. New York State does not collect pigeon populated data. But there is data about pigeon waste (poop, unsanitary conditions, etc.) from complaints made to the city, via 311 calls. I made a deduction that areas with the higher concentration of pigeon poop complaints are more likely to have a higher number of pigeons (roughly!)

I created a map with these values and here is my work-in-progress:

Here the falcons are represented with black dots and the pigeons with purple dots.

I want to display my exploration as a combination of data visualization, as well as a 3D scene. And so as of this writing, I have the pieces for my video art installation. 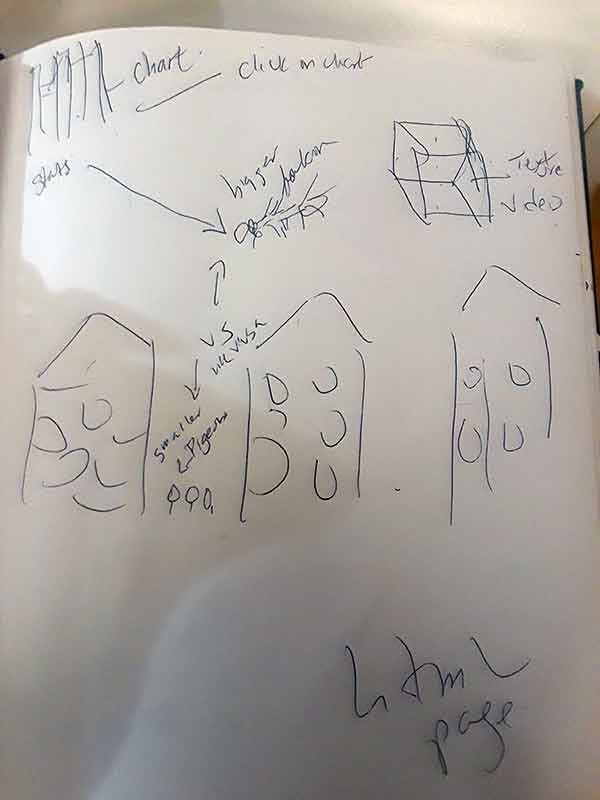 I created two Three.js cubes, and other elements .